FNP: FSG’s Collusion with Ethiopian Forces is a Breach of the Country’s Sovereignty 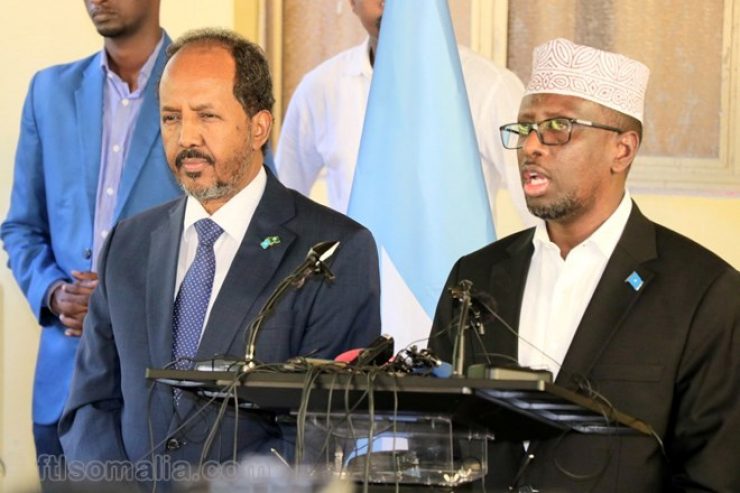 Forum for National Parties (FNP) has demanded the immediate withdrawal of Ethiopian forces that are outside the AMISOM Command Center in Somalia. The opposition coalition accuses them of grossly violating Somalia’s territorial sovereignty. It says the foreign forces have been committing all manner of infringements while intimidating and arresting public officers in the Gedo region.

In a statement that FNP released on Saturday, it said that Ethiopian forces have been operating outside the AMISOM framework. The statement went further to accuse the forces of working in the country illegally. FNP also said that Ethiopia was in cahoots with the FGS.

Part of the statement reads, “It is highly unfortunate that Ethiopian forces have captured public officials in Dolow, Luuq, and Beled Hawo. In doing this, those foreign troops have gone against the legitimate rule of President Madobe in Jubbaland State. Consequently, this act has caused a major rift between the region’s security forces.”

The coalition proceeded by saying that the Ethiopian forces have prevented the Vice President of Jubbaland from completing his upcoming visit to Beled-Hawo. The coalition proceeded to say, “Seemingly, the federal government has become an accomplice in helping an outside force to commit gross human violations against Somalis and the entire country. It is safe to say that the government is incapable of performing its duty of protecting the country’s sovereignty and independence.”

During the talks with President Farmaajo, the Gedo situation was brought into the picture. “All parties in the talks agreed that it was mutually beneficial to handle the Jubbaland situation more carefully without jeopardizing the need for negotiation and resolution.”

“FNP continues to request the federal government of Ethiopia to withdraw all non-AMISOM forces from Somali’s territory. We also call upon it to stop interfering in the differences that pit Somali politicians on different sides. We ask Ethiopia to practice the principles of good neighborliness while respecting the sovereignty of its neighboring nations.”

Former President to Kick President Farmajo out of Mogadishu

Farmajo and Kenyatta to Meet Following Months of Frozen Relations