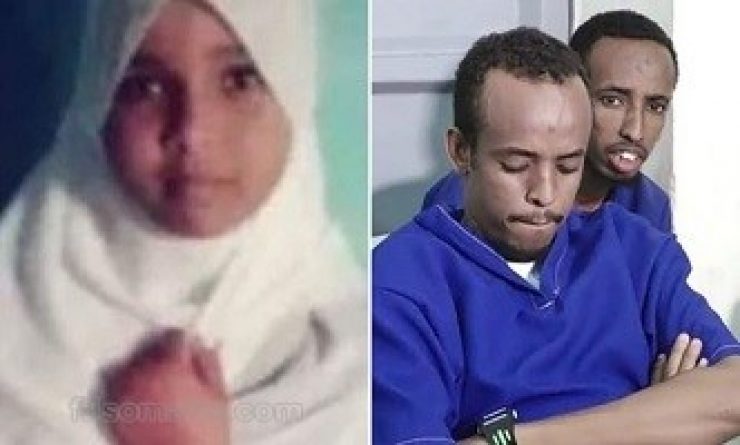 Three men raped and murdered a 12-year old girl in Galkayo City, Puntland. The Federal State of Puntland, through the local courts, found two of the men guilty of this crime and promptly executed them.

The child, Aisha Ilyas Aden met her demise on February 19, 2019. Members of the public demonstrated on the streets to protest this particular incident. Those executed were identified as Abdisakur Mohamed Dige and Abdifatah Abdirahman Warsame.

The victim’s family attended the execution by a firing squad that took place on Tuesday morning. The execution happened at Bosaso, one of Puntland’s seaside cities.

Meanwhile, the third suspect, Cabdisalam Abdirahman Warsame, will have to wait until next week to learn his fate. Investigations on his role in the rape and subsequent murder are ongoing.

Ilyas Aden, the victim’s father, welcomed the execution. He stated that, “Finally, our family has received the justice it sought. My daughter’s soul can now rest in peace.” Ilyas finished by saying, “I am now grateful and satisfied.”

Authorities had arrested 12 people for the gruesome murder. Out of these, it took three to trial and found two of them guilty of the crime. Of the 12, ten were released because of insufficient evidence. Dige and Warsame join the growing list of people killed in Puntland for rape.

More remarkably, it is the first time Puntland investigators relied on DNA tests to determine the suspect’s guilt. It shows the growing role and influence of science in settling complex criminal cases, and ensuring that victims get the much-deserved justice.