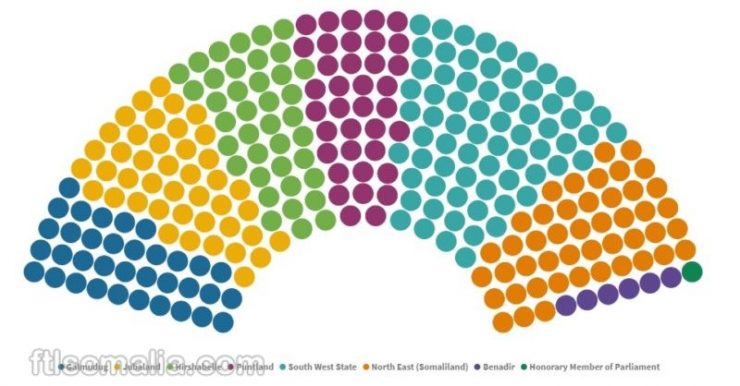 Abdirahman Abdishakur Warsame, considered to be one of the vocal politician opposing the current FGS leaders, have expressed concerns about perceived ongoing effort to approve the draft National Electoral Law, that is being processed by the House of the People, including the divisive Article 56 that allows possible extension of mandate.
Article 56 of the National Electoral Law, dictates that in cases where it is impossible for the country to hold election, the term of office of the president and that of parliament will be extended until a time election can takes place.

Other relevant politicians have expressed their concerns about Article 56 and labelled to this article to be a threat to the nascent democracy in the country.
In his Tweet Abdirahman stated:

“There is no difference between a limit of six months and infinite extension of term of office in this case, because the six month could turn into six years. Parliament members campaigning for term extension should have confidence in their constituencies and prepare for elections, instead of creating chaos in the country,”
This is not the first time Abdirahman sheds light on the lack of preparation with regard to the upcoming elections.
“If you are building a house and complete the perimeter foundation, erect the walls and put in place the windows, then you can ask for a little more time to complete the roof. But it makes no sense to talk about more time for work that is yet to begin,” he said, adding
According to Abdirahman, some MPs are campaigning for parliament term extension.