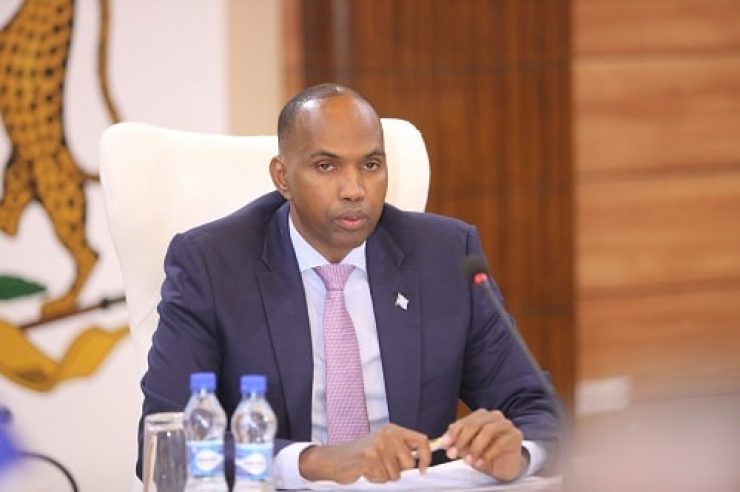 Reports from Dhusamareb, the capital of Galmudug State, indicate that a delegation have arrived there to prepare for the arrival of the Prime Minister.

The delegation is comprised of staff from the Office of the Prime Minister and includes his personal security guards.
The Somali forces, working with AMISOM have tightened the security of Dhusamareb.
The visit of the Prime Minister was anticipated as the selection process for MP’s will start in the coming days, followed by the State Presidential election.

Prime Minister Hassan Ali Khayre was in Galmudug few weeks ago and spent around three months’ time in Galmudug.
As there are high number of complaints with how the FGS is manging the electoral process in Galmudug, Prime Minister Khayre may be forced to spend number of weeks in Galmudug.
A salient detail is the fact that four out of the six elders from his own clan (Murusade) were replaced in the past few days and people suspect that the Prime Minister was actively involved in replacing these elders who are among the original signatories of Galmudug.
ASWJ have repeatedly rejected the process as it considers to be inconsistent with previous promised made by the FGS, to ASWJ with regard to the number of seats it will get.