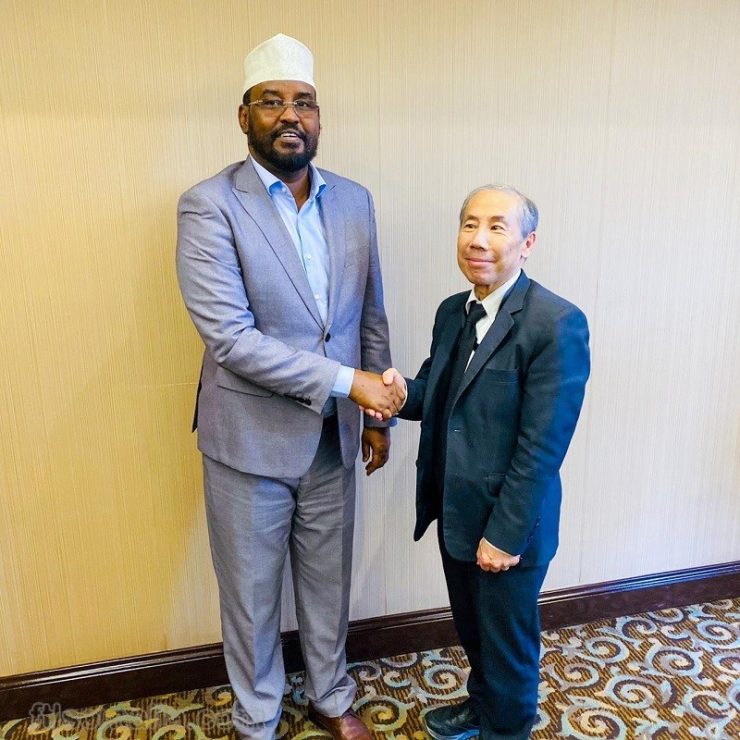 On January 23, the Ambassador had a meeting with President Abdiaziz Hassan Mohamed “Laftagareen” in Nairobi and discussed security and development cooperation in Lower Shabelle. Yamamoto stressed the importance of uniting efforts on key national issues such as debt relief and upcoming elections and forming a united front when it comes to the fight against al-Shabaab.
The Ambassador also met with regional leaders of other Federal Member States to discuss the challenges facing Somalia. He emphasized the importance of dialogue.
Among the FMS leaders the Ambassador have met is, Ahmed Mohamed Islam “Madobe” and emphasized the importance of stakeholders in Jubaland to collectively work together in fighting Al-Shabaab and strengthening the FGS-FMS cooperation.
Lastly, the Ambassador met with the Puntland President Said Abdullahi Deni and discussed the US support for Puntland Security Forces, the importance of inclusive national elections, and possible dialogue between Member States and the Federal Government.